This is my first trip to South America and so far things are going well. I was woken up in the night by a 6.8 magnitude earthquake that no one else in Santiago seems to have noticed. I went for a run in the morning and felt sure that we were at altitude because the run was so hard… but no: Santiago is only at about 500 meters above sea level. Then I made the mistake of checking my email, and the day started to vanish. 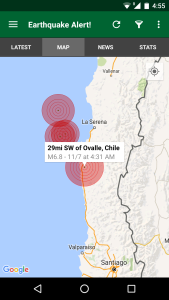 So, in the early afternoon, determined to do something touristy even though I was travelling solo, I decided to go to Cerro San Cristobal and hike to the top. This didn’t seem to be in the TripAdvisor Top 10 things to do in Santiago but I’m a sucker for an outdoors activity so it seemed perfect.

So, having forgotten to eat lunch, I scribbled myself a note and a map, and had a quick read up on the Lonely Planet and headed out to the Manquehue train station – a short walk from my hotel. After miming to the ticket agent and giving him 5000 pesos he gave me a loaded Bip! card and I was on my way.

The subway/metro/tube/underground was very easy to figure out and it was 9 stops to the Baquedano station. The Santiago Tourist Guide told me to just head straight for the big hill, which I did. 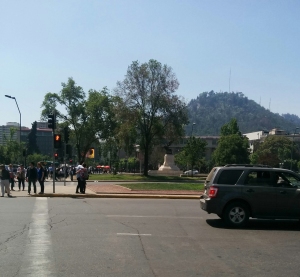 Walking along the Pio Nono road in Barrio Bellavista was a familiar feeling – such streets exist in every major tourist destination I have ever been to. People were being hustled into restaurants, while others already seated were feeding on piles of chips and burgers and beer. Now, the beer I can understand, but the street was not one for people-watching, or for enjoying the afternoon sun. It was hot, loud, smelly and busy.

After making my way past the chaos, and the people sitting on the ground with blankets laden with plastic toys for sale, I made it to the Funicular Station. I already knew I was going to walk to the top instead of taking the train so after a quick check in with the Tourist Office I headed up the road. A couple of websites had mentioned that it was a 45 minute walk, and was “quite steep at the beginning”. Using the directions I’d memorized from the web I found the trailhead without difficulty. 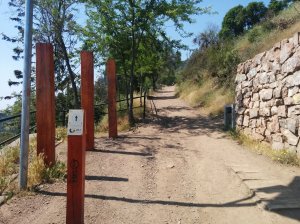 After about 2 minutes on the trail I realized a couple of things: one, doing this walk at 3pm in 80% humidity while wearing jeans was not a good plan; and two, that I really should have consumed more than just an iced coffee and a croissant since I got up in the morning.

After a very hot and slow walk to the top, I arrived, bathed in sweat, trying to look like I meant it. On the way, many people in workout gear passed me, but I also passed just as many exhausted people sitting on the concrete benches on the trail. 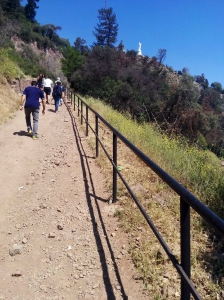 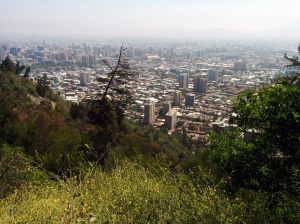 At the top of the trail I passed a café selling drinks and snacks, so I promised myself something if I made it right to the summit. After climbing what seemed like an endless set of stairs, past another café where people were sipping ice-cold lemonade, I made it to the statue of Mary. Church music was playing and people were sitting on the steps, enjoying the view. It was a serene place, and I sat for a while, taking it all in. 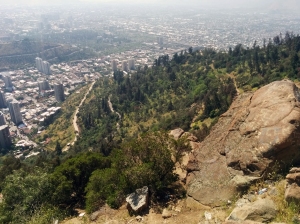 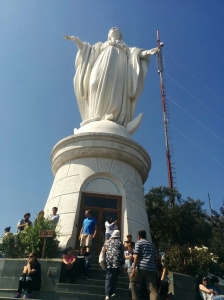 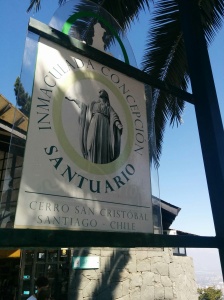 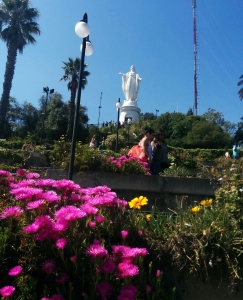 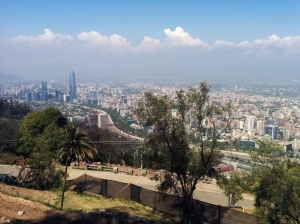 Then, sufficiently revived, I headed back to the café for a well-deserved coke before retracing my steps home.